What’s the Purpose of Education? 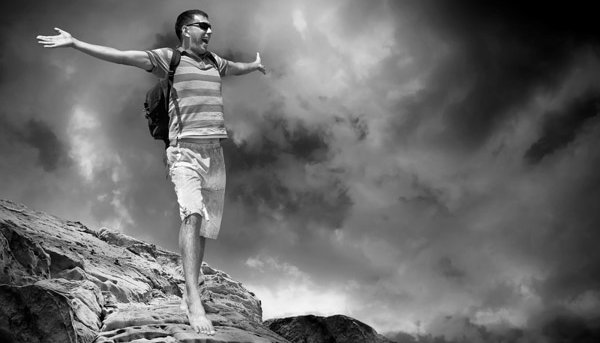 I have always defined the purpose of education as producing a ‘sustainable citizen’, someone who takes responsibility for themselves and thinks about contributing to solving problems, personal, local and global.

Without getting too embroiled in semantic arguments about the meaning of education, it is worth considering this on a higher level to inform the discussion on how to change education, which so prevalent now.

These are some extracts from Mina O’Dowd’s paper, which puts forward a holistic view and humanistic outcome.

Extracts from Education Reform and Philosophy of Education: Mina O’Dowd (2007) – What needs to happen in education?

‘In short, education has been re-defined, or as Harris puts it: It has become “impoverished” by its re-definition in terms of learning. “Learning is valued for its contribution to the preservation and growth of the learning capacity…while little meaning is attached to the meaning of individual’s life…The value of education as important in itself is not recognized. There is no recognition of the purpose of education as a means of questioning the self and society. There is no space to think about difference and what it means in a globalised economy” (Harris, 2007, p. 354). Harris goes on to describe the effects of what Wain terms performativity: “knowledge has been reduced to information. Instrumental reasoning, new regimes of accountability, and strict adherence to the economic imperative”, not only characterise higher education, but increasingly influence an understanding of what education is and what its goals are. This re-definition is furthered by a “measurable input-output model of education” with “unambiguous aims and objectives, learning outcomes and a transparent assessment system”, which are all features of a pervasive education model, a model which perpetuates a view of education as instrumentalism” (Harris, 207, p. 349).’ (O’Dowd, 2013 p6).

The purpose and benefit of education

‘Understanding oneself and one’s position in the world and in relation to others is one of the main tasks of education, as is instilling an understanding of “the infinite process of struggle”, which can not only transform education, but “educate all of us about the “great things that can happen when you fight for what is right” and look at the world through a third set of eyes” (Buras & Apple, 2008: 31). Knowledge and understanding cannot be seen as two separate processes. They do not bear any resemblance to information, nor do they lend themselves well to “instrumental reasoning, new regimes of accountability, and strict adherence to the economic imperative”. Most importantly “academic subjects and high status knowledge …is essential for traditionally marginalized students in a world where epistemology and stratification are closely linked” ‘(ibid: 297), (O’Dowd 2013 p6).

‘The emancipatory power of education is not an unimportant issue, although there are those who wish us to view education as a “cognitive-technical process through which factual content is transmitted” ‘(Buras & Apple, 2008: 297). (O’Dowd 2013 p6).

So what is it?

‘It is argued that surface learning, or reproduction, the categorisation of information or the replication of a simple procedure, bear no resemblance to knowledge. It can furthermore be argued that surface learning is neither the aim of education nor the aim of human endeavour. The value of surface learning is questioned, other than as a standard by which to acquire and allot grades in a system in which accomplishments, understanding, insight and comprehension are displaced by a numerical representation that works well in a complex system of evaluating the outcomes of the system itself. This is a system that has increasingly come to view people as “individual units” solely intent on maximising their own benefit, dis-regarding socio-cultural differences and the effects of social and structural inequality and discrimination on the basis of race, religion or gender, while allotting the free and unregulated market a god-like stature, in the concerted effort to increase economic growth, the purpose of which remains unclear.

Standish (2005) protests against a view of education as restricted to that, which can “be given expression, measured, standardised and quantified”. Rather he maintains that what is taught “should not be conceived in terms of banks of knowledge, or transferable skills or competences of whatever kind” (Standish, 2005,p. 61). Citing Oakeshott, Standish argues that learning a subject is “the initiation into a conversation, a conversation of which we are the inheritors”’ (Oakeshott, 1989 as cited in Standish, 2005):

‘Education, properly speaking, is an initiation into the skill and partnership of this conversation in which we learn to recognize the voices, to distinguish the proper occasions of utterance, and in which we acquire the intellectual and moral habits appropriate to conversation. And it is this conversation, which, in the end, gives place and character to every human utterance (Oakeshott, 1989).

It is also in conversation in which we re-affirm our humanity, learn to listen to others and recognise our responsibility for them.’  (O’Dowd 2013 p6).