What if a city’s regeneration could be built on Further Education? 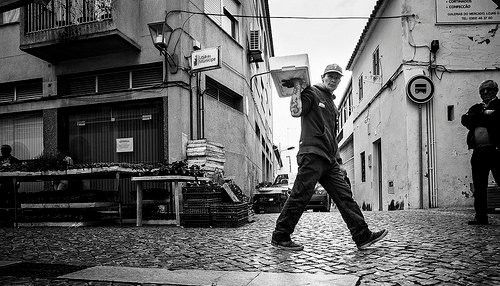 Further education colleges are complex, ever-changing and comprehensive local organisations of various sizes and shapes. The lack of uniform profile and role makes them difficult to understand, but their locally adapted solutions are their very essence and core strength.

Policymakers feel that they need to support and encourage FE colleges but they often don’t know how and why. However, the feedback from FE stakeholders continues to be positive despite the fact that they don’t have the prestige or respect from local communities that higher education enjoys.

The results from FE colleges are often unfairly compared with sixth form colleges though they outperform them if you account for the complex, social, economic and learning needs of the students who they cater.

The low esteem is, therefore, a bit of a legacy reputation, perhaps?

In marketing terms, they need to be able to communicate their brand values, particularly as their alumni don’t represent a strong lobby in the higher echelons of government or commerce.

Their relationships and contributions to local industry training still appear to be ‘lukewarm’.

FE colleges are the main adult education providers and fulfil an important role in supplying basic skills and a re-entry route to those who find it difficult to fit into other parts of education.

Colleges also provide access to learning for disadvantaged groups, the elderly, those needing ESOL training and a route into higher education for non-traditional learners.

Their hidden benefit is their effective, flexible support to social services for which they provide essential skills and facilities.

For local communities, they provide social and sports facilities and public spaces.

Since the early 1990s colleges have been developing as strategic partners, for a network of providers, to support economic development and community regeneration.

Despite providing learning to more than three million people their role in supporting society is not completely understood. But with the right support, they would be in a unique position to solve many of our most important problems.

FE has proven its ability to adapt to an ever-changing political landscape.

So can we imagine the possibility of FE colleges being at the centre of city regeneration and learning in our society?

The Challenges for Further Education

Two recent reports, by McKinsey and The Centre for Economic Inclusion 2015 UK, starkly highlighted two associated problems, a large number of unemployed young people and a shortage of people qualified for the jobs which employers have available.

In their report of 2012 ‘Education to Employment: ‘Designing a System that Works’,

McKinsey says……….‘high levels of youth unemployment and  a shortage of people with critical job skills. Leaders everywhere are aware of the possible consequences, in the form of social and economic distress, when too many young people believe that their future is compromised. Still, governments have struggled to develop effective responses—or even to define what they need to know.’

In their report, published in July 2014, The Centre for Economic Inclusion gave a definition of this problem for the UK.

‘The consequence of not meeting this challenge by 2022 will be:

The Government response to the above problem is ‘The Innovation Code’ has been thrown at further education supply the skills needs of local employers on a bespoke basis.

The Skills Funding Statement says, ‘The Code can form part of a bespoke and quick response to a skills gap, such as in the City Deals, whilst the broader principles of the Code – of delivering responsive training before a qualification is accredited, and of employers and providers working collaboratively to design and decide the best training solution to an identified need – will be critical if we are to have a truly employer-driven, responsive skills system in the future.[2]

This strategy is fraught with problems the first being the present relationship with employers largely ‘lukewarm’.

Secondly, the framework of subjects falling under the ‘Code’ does not cater for skills outside the curriculum, which employers are actually looking for.

Thirdly, it does not suggest how these new courses will be created and taught.

It could be said that everyone was confused by how this could be done by the Skills Funding Agency and the Department for Business Innovation and Skills came out with a statement saying that they would explain further!by

The key concept in the ‘Code’ is ‘employer-driven’ training but to support this laudable idea is going need a radical rethink of further education, its role, strategic model and the skills of its staff.

When you consider the £375 billion impact of this problem over the next six years, compared the annual budget for skills and vocational education of £3.8 billion perhaps there is a sound case for an increase in funding?

We are fortunate to have a case study that illustrates that it is achievable and clarifies some of the potential issues in delivering a modern ‘employer-driven responsive skills system.’

In The Netherlands in the 1990’s, there was a poorly achieving vocational college located in a former shipbuilding and steel working area, called Dordrecht, with a population of 300,000.

The region had low skills, high crime, high youth unemployment and a negative view of education. It did, however, have job opportunities for mid and higher-level technical employees but these were not being filled because the local population didn’t have the right skills.

Max Hoefeijzers and his team took over The Da Vinci College in Dordrecht in 2004, creating a new learning environment designed according to the principle of living, learning and working.

Reconstruction started in 2004, with a budget of €180 million funded by the Da Vinci College, local government and commercial investors, such as property developers, building companies, investment funds, and local businesses.

The architecture and building standards are very high quality and the large campus has retained an intimate and cosy feel. Before the redevelopment, the old schools were poorly maintained and were covered in graffiti. The new Leerpark buildings look brand new, even after nearly 10 years of use. A survey amongst students showed that buildings contribute to feelings of being valued and secure, and by making students communally responsible for the learning environment, individual ownership, and motivation increase.

The principle of integrating learning into the fabric of the site extends beyond its construction and buildings. Learning and work areas are not classrooms, but real places of employment, bringing state of the art professional best practice into the vocational courses. There is a hairdresser, a shop, a garage, a restaurant, a fire station, a department in a hospital and a sustainability factory, or FABLAB, (built on the same principles as Massachusetts Institute of Technology), for incubating environmental and high-tech engineering start-ups. Notably, the FABLAB is oversubscribed and has paid for itself in 10 years!

Living on campus is part of students’ personal development. The direct reward of being offered the chance of living in a shared new apartment, in return for continued achievement and progress in training, is a powerful tool to create motivated responsible citizens working for their own futures.

The courses themselves are built within real job situations and are competency-based. They are linked and assessed by government standards for vocational qualifications and students are paid for the work they do.

The two unique components are that the student can find their own path through the course by carrying out tasks for companies. They can do this in any order required by real workflow-governed requirements.

Skills assessments are matched against curriculum statements so that learning paths can be personalised for each student and company commercial situation. This creates a system, which satisfies the individual needs of the learner as well as creating the ‘employer-driven’ training required.

Students from a technical university, higher education, and vocational education worked together, managed by staff from the contracting company, to deliver the project.

Science students developed the concept of a floor that has three surfaces, grass for football, a hard floor for concerts and events, and when not in use for sport or entertainment, one side composed of solar panels to generate energy.

Higher education students produced the drawings and detailed calculations, and the vocational students made the prototype. They then worked together on testing and final modifications.

Courses are integrated with commercial projects and students can create their own learning paths according to the tasks set by the companies they are working with. Small local companies and multinationals, like L’Oreal, Siemens, Philips, IHC Holland Shipbuilding, Krone Altometer, Damen Shipyards, are all involved.

As part of a course, each student has to fulfill social assignments for the community, to learn social and life skills. Some of these are international assignments in developing countries.

Leerpark is famous in Holland and its founder Max Hoefeijzers is now spreading the lessons learned through the whole education system.

Leerpark has firmly put education at the heart of their community and see the economic and social benefits:

Leerpark has benefited by becoming the preferred supplier to local industry and has produced a state of the art training facility, largely funded by local commerce.

There have been many innovations in the learning and business model, which have contributed to the success of this project:

So, it seems we could use further education to regenerate our cities by creating private-public partnerships where education and employers work closely together to create one process from education to employment.

At Leerpark, that’s exactly what they have done and multinational, large and small local businesses have invested money, expertise, and intellectual property.

In return, they have received highly trained employees, exactly fitted to their culture and work environments. They have effectively invested part of their internal training budgets into FE learning and, in doing so, have saved on recruitment and overall training spend.

The community has also seen the benefits and The Netherlands has a new model for education.

Is this not a possibility for us too? Could we not also regenerate our cities using further education?

Carole Stott said in ‘Remembered Thinking’ [3] ‘The 1997 vision of FE at the heart of regeneration and as the ‘engine for growth’ is as crucial and as valid today as it was then.’

I think we can but we need a radical rethink of the role of further education.

Written by Chris Heron, with thanks for the help of Max Hoefeijzers, founder of Leerpark