Thanks to Next School for the video 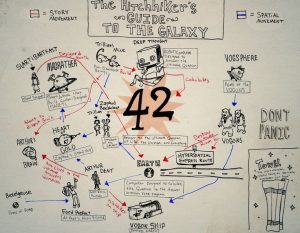 I have been writing about the problems with education for more than three years.

When I first started posting people thought I was completely wrong – now three years later much of the world accepts there is a problem, or as in the case above six problems!

So, it is nice to see that there is a growing acceptance of that and a discussion has started. In this video, they say ‘there is no doubt we need to fundamentally change our system of education, but they don’t say how!

Of, course we have a solution and that’s why I am writing this isn’t it?

So the problems explained in the video above I can broadly agree with:

These appalling failures cannot be measured and we would be devastated by the results if we could but there is increasing evidence of the damage we are doing to ourselves and our society.

Teachers are leaving the profession in droves, ‘31% had quit within five years of becoming teachers, the figures show’ (UK) (Guardian)

The incidence of suicide and mental health problems in current generations of students is higher than it has ever been before, ‘Our annual Student Experience survey shows that almost nine in 10 (87%) of first-year students find it difficult to cope with social or academic aspects of university life’ (Guardian)

The Skills Gap demonstrates that we are not teaching the right skills for today’s world, ‘Nearly half of all graduating students say college did not prepare them for the working world, and 83 percent don’t have a job lined up when they graduate.'(Techcrunch)

Many people make fantastic success despite ‘failing at school’, like me!

But the most worrying concept is the waste of talent, even in those supposedly succeeding in the current system. All they’ve learned is what the system wants and how to play the exam game not how to live their lives or how to contribute in the workplace!

For us to make the changes we need to solve this problem here are the solutions. We need to:

Put the learner in control so that they can learn what they want, the way they want and for whatever reason they have. This will motivate learners and give them passion

Allow the students to lead their learning, so no more Lecturing, no more stress and a better more engaged human being. The macroeconomic benefits on global problems like poverty, crime, and inequalities would be extremely beneficial

To engage all the stakeholders in the process and make it a lifelong process as McKinsey said (McKinsey 2103 and 2017).

That’s a pretty tough nut and plenty are trying. However, as Einstein said ‘We can’t solve problems by using the same kind of thinking we used when we created them.’, and that’s exactly what we have been doing. (Einstein).

Guess why? Because that’s how we have been educated! Well not us, I mean not our team at Vivagogy!

We are a bunch of teachers many of whom ‘failed’ at school together with some very creative thinkers and we have been working this problem for three years and we have a completely different solution.

It is based on differentiated learning, or individual learning paths and I mean infinitely different paths where the student chooses what they learn and the assessment is also completely individual.

The data produced is also measured in some very clever ways and we have a complete picture the person not just their academic record!

All this free of charge, or at a pretty low cost anyway!

We will be publishing more pieces on our ideas in the coming months but if you want to know more and be kept up to date register your interest with us at Vivagogy.

Anyway everybody knows the answer to all problems is 42 according to Douglas Adams.